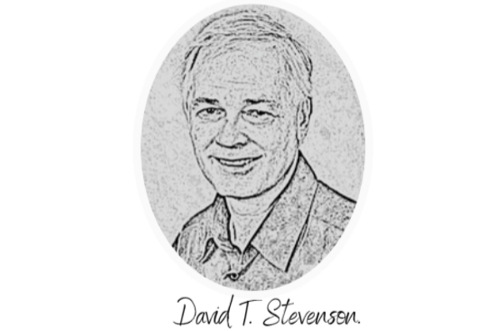 Federal Agency Failing to Protect the Environment from Offshore Wind

Until a strategy is complete on how to deal with the adverse impacts of operational noise, no offshore wind projects should be approved.

The US Bureau of Ocean Energy Management (BOEM) is responsible for completing an Environmental Impact Statement (EIS) for offshore wind and recommending approval or disapproval of projects to the US Secretary of the Interior. Each project needs its own EIS.

BOEM is rushing approvals of up to twenty-five projects on the east coast that may include up to about 3,000 skyscraper-sized turbines occupying a total area larger than the state of Connecticut.

BOEM rates 25 areas of environmental concern by both adverse and beneficial impacts. Ratings can be "negligible, minor, moderate, or major." It is notable the first project approved, Vineyard Wind, was approved despite having 10 of 25 areas rated "moderate" and eight "major" concerns in the Draft EIS.

BOEM ignored numerous detailed public comments describing why the project should not be approved.

The Draft EIS for Empire Wind, the most recently released document, has 14 areas rated "moderate" and only five rated "major," while the actual number of major adverse impacts should be ten. The ability to build offshore wind rests on the Outer Continental Shelf Lands Act. That Act requires there be no interference with reasonable historic uses in federal waters, such as fishing, navigation, and the degraded views impact on tourism.

These are exactly the activities having the adverse impacts of most concern, but BOEM has downgraded their view of these concerns.

BOEM admits commercial fishing will likely be abandoned in the project areas because of insurance concerns over potential lost gear and vessel damage. More collisions are expected from congestion and radar interference. Radar interference may include unwanted radar returns (clutter) resulting in a partial loss of primary target detection and a number of false primary targets, a loss of ocean surface current data, and a partial loss of weather detection, including false weather indications.

The military has suggested a 30 to 60-mile exclusion zone because of the radar problems.

In addition, the presence of the turbines could complicate offshore US Coast Guard Search & Rescue missions and result in increased injuries and fatalities. Surveys supporting commercial fisheries, such as establishing "take" limits and protected-species research programs, cannot proceed with current methods, and no new methods have been developed.

BOEM admits, "The visibility of the Projects would introduce a major level of character change to the view; attract, hold, and dominate the viewer's attention. The cumulative impact of the project in combination with other projects would also have a major adverse impact, especially because of nighttime aircraft and vessel flashing warning lights."  The east coast tourism industry is worth about $40 billion a year.

BOEM made no connection between the finding of a major adverse impact on the view from the beach and from historic cultural sites and the probability of lost tourism by claiming impacts on tourism would be minor.

BOEM ignored surveys they quoted in the past that looked at tourism losses of 19% to 54% if turbines were visible from the beach, especially with flashing lights at night.

Those surveys used visualizations of turbines 600 feet tall and shorter. The turbines being considered now are as tall as 1,041 feet. BOEM apparently has no plans to conduct new surveys but should do so before approving projects.

BOEM minimizes these major impacts stating lost fishing revenue, higher cost, and lost tourism will be compensated by payments from developers, and there will only be a few more vessel collisions ignoring the fact the collisions could lead to deaths.

As the US Department of Interior Solicitor stated in 2020, "It is important to observe that any compensation system established by a lease to make users of the lease area whole financially does not negate interference - indeed, the creation of such a system presumes interference. As such, any proposed compensation process should not be viewed as 'curing' any interference since the statute does not provide for such a cure."

Clearly, no increase in injuries and deaths is acceptable.

BOEM released the DRAFT BOEM and NOAA Fisheries North Atlantic Right Whale and Offshore Wind Strategy in October. In this document, the risk of killing even one North Atlantic right whale (NARW) a year could lead to extinction in violation of the Endangered Species Act. Unfortunately, the document focuses on the strategy to deal with the temporary noise from construction noise.

Available studies show a strong likelihood that operational noise is more important in the long run. Building just a few giant turbines would allow studies of these issues, but BOEM wants to go full speed ahead with 3,000 turbines and then determine if there is a problem.

Until a strategy is complete on how to deal with the adverse impacts of operational noise, no offshore wind projects should be approved.

BOEM copied a benefit analysis from the New York Public Service Commission that showed the direct benefit from the money spent on construction and operations would be $1.6 billion in 2020. BOEM neglected to look at offsetting costs. Two big cost issues are federal tax credits that could total as much as $2.4 billion, and the premium cost of offshore wind power passed onto electric customers could total another $2.8 billion in 2020.

Not even counting lost tourism and lost commercial fishing, costs exceed benefits four to one.

Increases in intermittent wind and solar generation since 2009 have replaced reliable, zero-emission nuclear power, not fossil fuels. Natural gas replaced higher-emitting coal and petroleum on a one-to-one basis. Onshore wind and solar, plus higher imports from out of New York State replaced falling nuclear generation. So, renewable power has not reduced emissions in New York.

Similar trends have been seen in all eight east coast states promoting offshore wind. Offshore wind will replace already closed zero-emitting nuclear plants, and this trend is likely to continue.

Offshore wind will not lower emissions, and lowering emissions is the only reason to build it. Such large-scale interference with historic uses of the ocean resources, high project cost, and threats to endangered species with no likely emission reductions should result in denying approval for offshore wind projects.