FOR IMMEDIATE RELEASE September 11, 2020   US Senate Refrigerant Bill Not Cool   NEWARK, DE - David Stevenson, Director of the Center for Energy & Environmental Policy at the Caesar Rodney Institute, has responded to the new federal legislation that is being ...[read more]

FOR IMMEDIATE RELEASE June 18, 2020 NEWARK, DE - David Stevenson, Director of the Center for Energy & Environmental Policy at the Caesar Rodney Institute, has released a study revealing how much ozone is manmade and how much is just nature.     "High levels ...[read more] 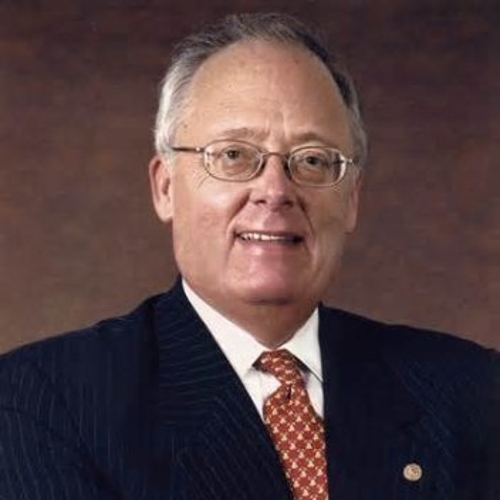 Laid lays out the facts about Bloom Energy in the Washington Times.

CRI has joined a Freedom of Information Act request for disclosure of sources of grants given to University of Delaware Professor John Byrne for his work on climate change. Those paying attention to these issues will notice that our request merely followed in the footsteps of a request for similar...[read more]

On behalf of the Board of Directors of the Caesar Rodney Institute, I am delighted to announce that Dr. John E. Stapleford has been appointed as President of CRI. As many of you know, in addition to his career as an economist on the faculty at the University of Delaware and with Moody's, John ...[read more]

Georgetown- The changes DNREC proposed under then-Secretary Colin O'Mara, also a named defendant, would substantially increase electric bills in Delaware.   The Judge held that the Plaintiffs, led by the David T. Stevenson, the Caesar Rodney Institute's Policy Director of the C...[read more]

A new study says Delaware can benefit from offshore drilling with minimal environmental impact, WILMINGTON- A new study by Dr. Timothy Considine, Distinguished Professor of Energy Economics, in conjunction with the Interstate Policy Alliance, published on the merits of offshore drilling should ac...[read more]

The Caesar Rodney Institute will be celebrating its Fifth Anniversary at our Annual Dinner on Wednesday, March 13, 2013 at the Wilmington Country Club, Greenville, Delaware.  Please mark your calendar and plan to share this special event with us!  In...[read more]

CRI and the Center for Excellence in Education is pleased to invite you to our first in a series of conversations about improving literacy in Delaware.   Dr. Matthew Ladner, a nationally recognized leader in education renewal, will share his experience with successful programs that have...[read more]

The Caesar Rodney Institute is pleased to announce the hiring of Dr. Christopher D. Casscells as Director of the Center for Health Care Policy. CRI made filling this position a high priority after realizing the need to explain sound health care policies to the public in the wake of the Affordab...[read more]

Yesterday, the Coastal Zone Industrial Control Board voted to uphold Secretary O'Mara's decision to grant Bloom Energy the right to build their Solid Oxide Fuel Cells, called Bloom Boxes, on nine acres of land near the coastal zone.  Bloom Energy says their boxes will be good for the en...[read more]

Does America have a government of laws or men? Is Obamacare bigger than Roe v. Wade?   March 14, 2012 Wilmington Country Club Reception - 6:15pm, Dinner - 7:00pm Caesar Rodney Institute 4th Anniversary Celebration   “I am willing to debate any one, anytime, anywhere, on the c...[read more]

With one of the highest renewable energy mandates in the nation, Delaware businesses and residents can expect big losses in economic investment, jobs and income, according to a study released jointly today by American Tradition Institute and the Caesar Rodney Institute. The st...[read more]

The state of Delaware can realize significant savings and improve the accuracy of its prevailing wage data by shifting from using Delaware Department of Labor’s prevailing wage survey data for state construction projects to wage data collected semi-annually by the DDOL under contract to the U....[read more]

The Caesar Rodney Institute is a non-profit research and education organization dedicated to the measured improvement in the quality of life, the degree of individual liberty, and opportunity for personal fulfillment for all Delawareans. Mr. Barrett Kidner, CRI Chairman and CEO, recently elected a n...[read more]