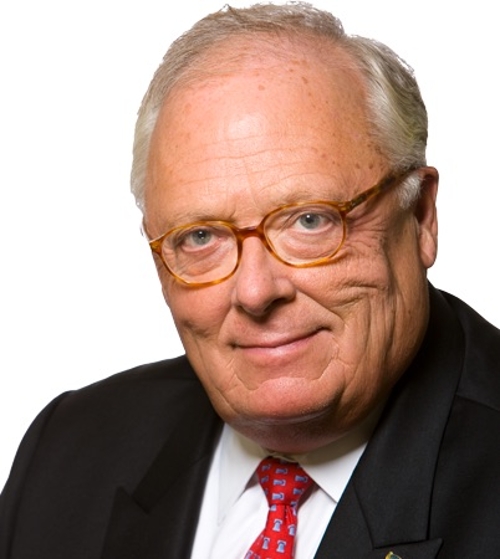 Edwin J. Feulner is Former Chairman of the Intercollegiate Studies Institute and Former President of the Heritage Foundation, Washington’s leading public policy organization. In 1989 President Reagan conferred the Presidential Citizens Medal on him as “a leader of the conservative movement.”

Dr. Feulner was a consultant for Domestic Policy to President Reagan and a member of the President’s Commission on White House Fellows. He has also served as the Executive Director of the Republican Study Committee in the U.S. House of Representatives; United States Representative to the United Nations Second Special Session on Disarmament (with the rank of Ambassador) where he delivered the final United States address to the General Assembly; and also served on the Executive Committee of the Presidential Transition during the transition from the Carter administration to the Reagan administration.

He currently serves as Treasurer and Trustee of The Mont Pelerin Society; Member of the Board of the National Chamber Foundation; member of the Board of Visitors of George Mason University; a Trustee of the Acton Institute and the International Republican Institute. Dr. Feulner has also received degrees and honorary degrees from universities all over the world including Pepperdine University, and University of Edinburgh, where he received his Ph.D. He is the author of five books, has contributed to ten others, and has a weekly column that appears in major newspapers nationwide.