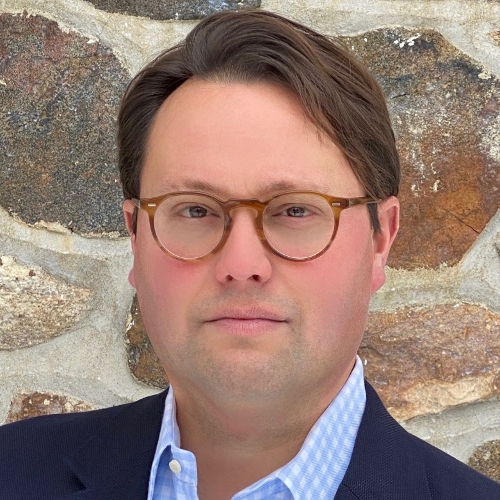 Inspired by our nation’s founding from an early age, Chad was an ISI Undergraduate Honors Scholar, and twice a Liberty Fund Scholarship recipient. He has served as an advancement and marketing consultant for various nonprofits, independent and private schools, and community and civic organizations. He also serves, or has served, on the Board of Trustees of, The George Washington Society, Opera Delaware, the Future Symphony Institute, and the Society of St. Sophia. Chad was a student of political science and philosophy at Clarion University and Miami University. He currently resides in Hockessin, Delaware.