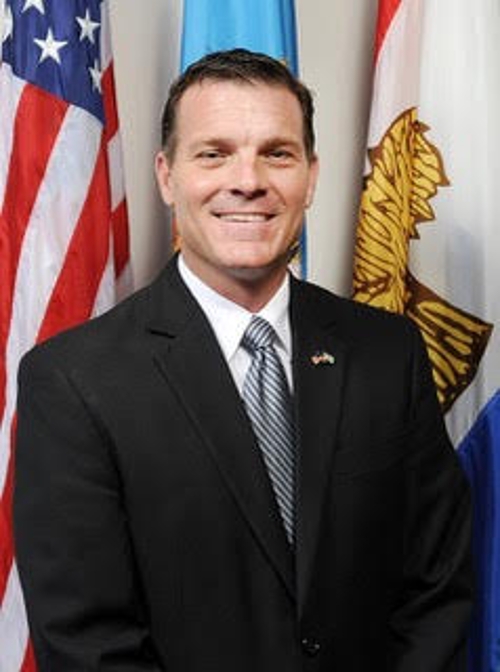 As a man focused on faith, family, and freedom, Rob Arlett brings a servant's heart to his daily life and places people first.

As a man of Faith, he believes that each life is a miracle and is given a gift to be used in God’s honor. Fear is the enemy of progress, and our job is to do what is right, not what is easy.

As a family man, Rob has experienced real struggles, as many Americans have. He recognizes the strength to overcome struggle is the power of an intact family unit and that many issues we face today as a Nation are the result of a broken home.

As a man who has raised his right hand twice to “support and defend the Constitution of the United States against all enemies, foreign and domestic,” Rob is passionate for the freedoms of all United States citizens, such as your right to Religious Liberty, the 2nd amendment, property rights, and educational choice.

Defeating a 16-year incumbent in 2014, Rob served as a County Councilman of Sussex County from 2015-2019. He has fought for public safety, economic growth, fiscal responsibility, transparent government, responsible environmental practices, and property rights. Rob did not seek re-election as he focused his efforts on his US Senate campaign to retire a 42-year incumbent politician.  Rob lost his US Senate election in November 2018 but received the MOST votes in Delaware midterm history for a Republican US Senate candidate.  Councilman Arlett also served as President Trump's Delaware State Chairman during his 2016 presidential election and supports his "America First" agenda.

In addition to his public service, Rob is the owner of a Delaware-based real estate company which he started in 2007. Prior to entering into business and public service, Councilman Arlett served in the United States Naval Reserve as an Intelligence Specialist. As a father, son, brother, and uncle to Veterans, taking care of those who fought for our freedom is close to his heart.

He and his wife, Lorna, have been happily married for nearly 30 years and are the proud parents of two adult sons. They reside in coastal Sussex County near Fenwick Island, where they attend High Tide Church. In 2013, Councilman Arlett was a founding member and organizer for “Operation Seas The Day,” a community-based organization that provides a free beach week to 25 wounded warriors and their families in the Bethany Beach area.