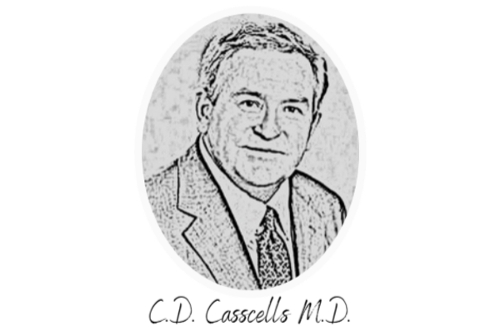 The second week of August 2022, the planned take-over of the Crozer Health (four hospitals in Delaware County, PA) by ChristianaCare (three hospitals, outpatient & other services in Delaware and Maryland) fell apart. The News Journal asked what happened, but nobody is talking. Other media sources vaguely referenced financial issues. The answer, of course, is axiomatic...FOLLOW THE MONEY.

When talks began, ChristianaCare was financially healthy, despite COVID-19, due to a very healthy endowment exceeding $2 billion and substantial COVID-19 emergency funds from the Federal Government.

Not so financially secure was Crozer-Chester Medical Center and its three sister hospitals that make up Crozer Health. They were failing. Even their land and buildings were owned by a West Coast real estate conglomerate. They could not control their basic overhead. They did have their employees, market share, and a struggling business effectively picking up table scraps from Philadelphia. Compared to Delaware, their PA Workers' Comp payment rates were low. The health insurance payment rates were so low that Medicaid was thought to be a good payer.

Certainly, it always seemed in the best interest of ChristianaCare to expand its catchment area into Pennsylvania, especially Kennett Square, Bucks, and Chester Counties, just as they have expanded into Delaware (south to Dover) and into Maryland (west to Elkton). After all, ChristianaCare will not independently survive the ongoing nationwide consolidation of hospitals and provider services. Being larger will delay its acquisition somewhat and most certainly make it more attractive to acquire eventually, which will substantially improve the payout to its executives. Those executive payouts are driven mainly by a calculation called EBITDA.

So, what happened? Well, ChristianaCare's cash flow changed dramatically in the last eight months. COVID-19 relief money ended, and the endowment fell by 30%, which will affect ChristianaCare's draw (roughly 5%) for at least the next three years. Meanwhile, the real estate that the Crozer Health hospitals are sitting on is just getting more and more expensive to buy from the West Coast real estate conglomerate, and the Crozer debt load is increasing. So, in terms of the acquisition from ChristianaCare's perspective, that is BAD, BAD, BAD, and BAD.

Simultaneously, ChristianaCare's "Collaborative Partner," Highmark Blue Cross Blue Shield, who is in the business model of creating vertical health insurer/healthcare provider monopolies (and is likely going to acquire ChristianaCare), is chiefly interested in the Delaware captive insurance and healthcare delivery market. Dealing with Delaware's Insurance Commissioner (Navarro) will be far easier than getting into the Philadelphia market. Creating a vertical monopoly in Delaware is far easier without a suburban Philadelphia extension and the complexities of two different states' Medicaid and Workers' Comp regulations.

All things considered, what looked like a good idea, based upon ChristianaCare's previous long-term strategy, suddenly started to look like moldy leftovers. After all, if those hospitals fail, much of that business will naturally move to ChristianaCare, but without acquiring their debt.

So, if I were a ChristianaCare executive, I would think that the Crozer Health deal has become pretty unappealing to the EBITDA calculation and, therefore, my payout; when ChristianaCare is acquired, which may be sooner than later. Always follow the money!