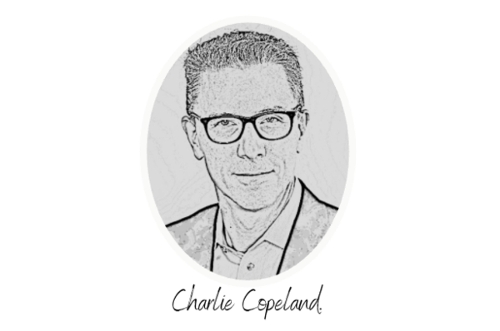 Delawareans are Likely Suffering the '1970s- Level Inflation'
The lower the income, the higher the inflation impact
By Charlie Copeland, Director
Center for Analysis of Delaware's Economy & Government Spending
November 10, 2022
A nationwide recession in the next 12 months is almost a certainty, but Delaware is already suffering from "stagflation" not seen since the 1970s. The Delaware Legislature needs to move very carefully in the 2023 session and stay out of the economy.
Becoming like California and damaging small businesses and employers is not a successful growth strategy during very tumultuous times. Caution should be the watchword.

The two charts below are from the St. Louis Federal Reserve. Chart 1 shows the percent change in Personal Consumption Expenditures (PCE) - The Fed's preferred inflation measure.

Chart 2 shows the Federal Funds Rate, the interest rate set by the Fed in response to its perception of the economy. The charts run from January 1959 through August 2022. Recessions are marked in gray.

It is clear that before every recession, the Fed raised interest rates. The rise in rates was commensurate with the rate of inflation. This relationship between the amount of inflation and the size of the interest rate hike implies that the Federal Reserve will raise interest rates a lot more in the near future.

With the highest inflation seen in 40 years, a deep recession, like that of the early 1980s, is a strong possibility.

The Atlanta Federal Reserve has a tool, myCPI, which attempts to "personalize" the effects of inflation onto the individual household.

For instance, a 40-year-old single parent with a high-school diploma and two kids earning $50,000 a year is experiencing 25% higher inflation than the National reported inflation - 10% versus 8.2%. The lower the income, the higher the inflation impact.

This Fed data shows that low-income households are being crushed. According to the U.S. Census, 256,408 Delawareans are likely suffering from this "1970s-level inflation," which is just over 25% of the State's population.

In addition, in September, workforce participation in Delaware dropped to its lowest level ever (excluding a one-time during COVID-19) to 60.3% (NOTE: This rate was frequently over 70% in the 1980s and 1990s).

Locally, the Delaware Department of Labor reports that Delaware has 1.4% fewer nonfarm jobs today than before the pandemic. Fewer local jobs are also confirmed by the Federal Bureau of Economic Analysis, which reports that New Castle County's economy is 2.8% smaller than it was 20 years ago.

In short, in Delaware, there is high inflation while there is no growth - the definition of "stagflation."

While a nationwide recession is likely coming, Delaware already suffers from "1970s-like stagflation" - high inflation and no growth. Now is not the time for big government legislative or regulatory expansions. To the contrary, now is the perfect time to stop killing the economy with "kindness."

The advice of the Caesar Rodney Institute is that for the 2023 legislative session, the Delaware General Assembly should pause and stop further strangulation of the economy until local stagflation is gone and the national recession ends.