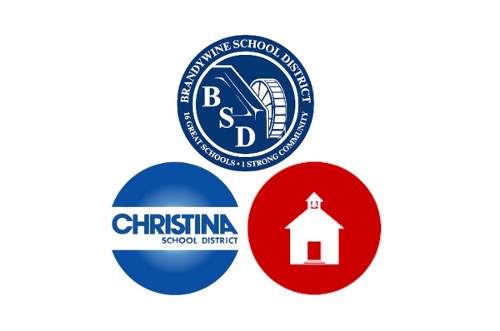 Effectiveness over Urgency is Key to Improving Student Performance in Wilmington
Legislatively creating a new experimental school entity with more autonomy is a better solution than creating a "collaborative" where no one knows who is liable for what.
By Dr. Tanya Hettler, Ph.D., Director
Center for Educational Excellence
October 14, 2022

The 2022 statewide K-12 test scores on the Smarter Balanced Assessment given by Delaware's Department of Education are not encouraging. Only 30% of Delaware students in 3rd to 8th grade met grade-level math requirements, while just 42% were proficient in English Language Arts.

The test scores pre-COVID-19 are worse for the eight city schools in the Christina, Red Clay, and Brandywine school districts that are slated to be included in the proposed Wilmington Learning Collaborative- see Graph 1 below. In 2019 less than 1/4 of students in Wilmington were proficient in math, while less than 1/3 of students were proficient in English Language Arts (ELA). These scores were before COVID-19, school closures, and remote learning.

(Graph 1 Source: https://data.delaware.gov/Education/Student-Assessment-Performance/ms6b-mt82)
The test scores post-COVID-19 following the remote learning and learning loss caused by school closures were even worse- see Graph 2 below. In 2022, 1 in 10 students were proficient in math, and less than 2 in 10 students were proficient in ELA. We are dealing with some terribly performing schools.
Graph 2: Post-COVID-19

The proposed Wilmington Learning Collaborative (WLC) is the latest attempt in the state of Delaware to decrease the learning gap between city students and those in the suburbs of New Castle County, DE.

There were several early editions of the WLC Agreement that proposed ideas that have been found in research to be effective in improving education. These included:

However, as the negotiations have continued between the state and the three districts involved (Red Clay, Brandywine, and Christina), several other groups, including the Delaware State Education Association and the National Association for the Advancement of Colored People, have added their ideas to the Agreement.

The Agreement has gotten more extensive and complicated with additional layers of bureaucracy, therefore, losing the beneficial academic flexibility that once characterized it.

Several WLC Board Members from the three school districts had some valid concerns with the proposed WLC. These include:

At the Caesar Rodney Institute, we think catering to the interests of the various groups that have now been added to the new WLC Agreement will not lead to the needed change for students in Wilmington who have been suffering for decades.

We believe that taking a different direction is required for a successful outcome.

Governor Carney has already had, by his own count, more than 200 meetings with 'stakeholders' like school board members, superintendents, their staff, Wilmington city officials, and other interested parties who have contributed their ideas to the increasingly unwieldy WLC Agreement.

The Governor, however, has another option:  go to the Legislature to create a new experimental school entity.

The statement repeatedly heard at the joint meeting of the three school districts, the Governor, and the Department of Education that "we have to do something" and "we cannot wait" are recipes for disaster. Doing "something" is not a good idea when the "something" will only exacerbate the ongoing problems that students in Wilmington have faced for decades.

Going through the Legislature to create a separate set of schools with more autonomy is a better solution than creating a half-hearted "collaborative" where no one knows who is responsible or liable for what.

The initial goal of more local governance is undermined by extra levels of bureaucracy, including a 12-person council which will be ineffective in its decision-making.

The next legislative session is less than three months away-plenty of time for drafting the law to create this streamlined experimental school entity.