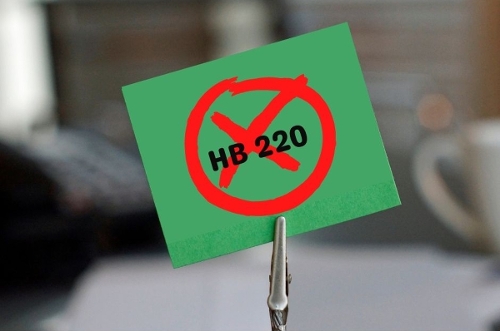 The Green Amendment is "virtual signaling" with Bad Consequences
By the CRI Team
May 17, 2022

House Bill 220 is an amendment to the Delaware Constitution that would guarantee a clean environment to every person in the state and says in part:

"The people of Delaware have an inherent, indefeasible, inalienable right to a clean and healthy environment; including water, air, soil, flora, fauna, ecosystems, and climate; and preservation of natural, cultural, scenic, and healthful qualities of the environment. The state shall not infringe upon these rights by action or inaction."

Sounds wonderful, like the "Garden of Eden" with no people. The absolutist character of the language defines a perfection that cannot be met, a "utopian ideal" conjured up for what purpose? To bring all economic development to a halt?

Think about it. How clean is clean? Who determines that? Are these rights' costs considered?

This amendment openly invites lawsuits for anyone over just about every one of life's actions. It removes legislative and regulatory authority to establish reasonable standards, giving that authority to judges not equipped to make such decisions.

Every imaginable economic development, whether residential, industrial, transportation, infrastructure, or other, would be in violation of this amendment. Consider just a few scenarios, then create your own:

House Bill 220 is also known as The Green Amendment; if Delaware legislators pass it, Delawareans could see an absolute gridlock or costs go up so high that no one could afford their utility or tax bills.

The Green Amendment is not a good or practical idea, though the intent may be well-meaning.