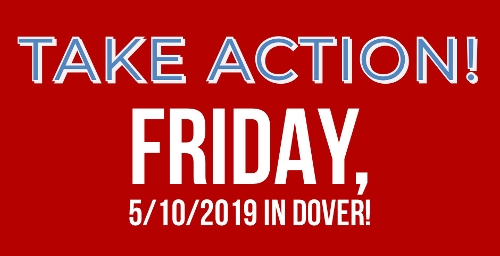 A bill is expected to be proposed this year to greatly increase a government mandate for more wind and solar power. A hearing has just been scheduled to be held in the Senate Hearing Room in Legislative Hall in Dover Friday, May 10th, from 10 am to 1 pm, to listen to public comment. The comments will be used to support a bill to be released in May. You can bet supporters of this expansion will be out in force. We need free market advocates to come out in large numbers to oppose this expansion.

You must submit comments in writing before you speak, and will be allowed one minute for comments, or two minutes if you represent an organization. If you wish to submit Power Points or charts, or can’t make the meeting, you can submit the material by 10 am, May 9, to Senator McDowell’s Legislative Assistant, James Berryhill at James.Berryhill@delaware.gov . It works best if you make original comments. As an example, the comments I will make follow below.

In summary, the RPS is an anachronism with 90% of the new wind and solar built nationally last year outside of RPS mandates because utility scale wind and solar are now competitive, though potentially limited by reliability issues. It is not a jobs program as more jobs are destroyed by higher electric rates than are created by a small number of solar installs with 90% of our RPS being met by out-of-state projects, or natural gas powered fuel cells. The RPS is a transfer of wealth from lower income families to higher income families, now costing all Delmarva Power residential customer’s an average of $125 a year, three times a promised price cap. In real life only about 3% of electric customers voluntarily pay any premium for wind and solar power when given a choice. It is an expensive way to reduce carbon dioxide emissions costing thirty times as much as a current Delaware emission allowance. RPS advocates simply don’t trust people to make their own decisions, or the free market to work. It is time to end the RPS, not to expand it!

The path to more renewable power in Delaware is competitive, market driven, utility scale solar farms. For direct residential and commercial participation in low cost solar obstacles need to be cleared to building community solar farms. A community solar bill would remove the requirements that the entire project must be subscribed to start building a project, that all customers must be on a single feeder line, and increase allowed system size from 2 megawatts to 5.